Collaboration between Shrine and Hula

1% of annual revenue will be donated to Hawaii-based nature conservacy organizations through 1% for the Planet project. This is a project where everyone who joins the class, purchase our goods to contribute to protect to the nature. Let's save the nature in Hawaii!
Our LINE official account 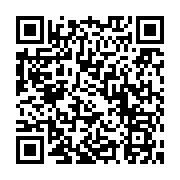 Available for chat message and calls via LINE apps.

Kum prays at the annual festival

One of Kum’s relatives was once a priest at Hilo Daijingu shrine on the Big Island of Hawaii in Hilo. Currently, I am retired, but from this relationship, I will realize collaboration with the shrine that Kum has set as one of the goals of what he wants to realize in Japan.

Kum prays following the shrine maiden dance at the annual festival of Koto Tenso Shrine, which has a long history and is adored as a 60th god.

In the gagaku that follows, in the second half, gagaku and hula will perform under the concept of co-starring.

There was a moment when we nodded deeply to each other while talking to the priest.

The process of prayer rituals at shrines and the rituals dedicated to God in Hawaii are mostly the same.

Summon the gods with the sound of drums

Purify the space with salt

Finish with a drum

After that, everyone shares the food offered to God and eats it (share the food with God)

What do you say! Quite the flow was the same.

For this reason, this is the collaboration between the shrine and Hula.

If you are near us, please come and visit us.

We will inform you again when you understand the detailed holding time.